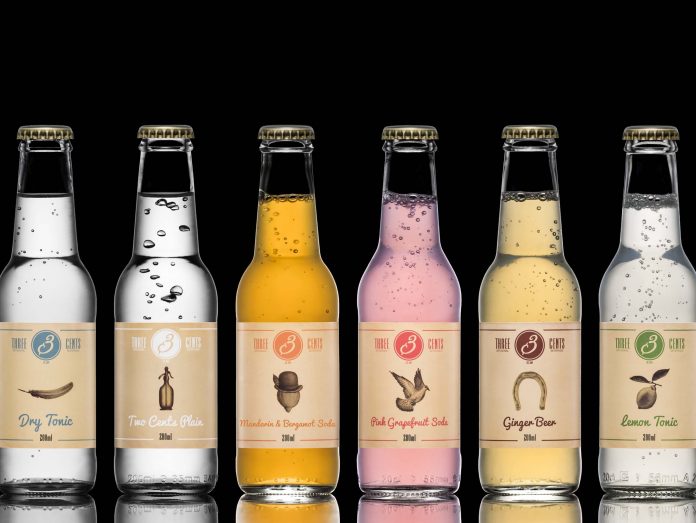 Three Cents, the well known niche soft drinks brand which was officially transferred to CC Beverages Holdings II B.V at the end of October (CCBHC)* for a total cash price of €45.9 million is considering adding new products to its portfolio within 2023.

ESM Effervescent Sodas Management Limited (Three Cents), in which Virtus International Partners invested in May 2021, was sold after Ideal agreed to sell its majority stake. After the the completion of the Three Cents transaction in the Group’s portfolio all parties expressed their satisfaction.

Three Cents is considered a super premium brand in the segment called soft drinks for adults, which is constantly rising both directly and indirectly (mixability). Together with Schweppes, a brand already owned by the company, it is believed that Three Cents will furthermore strengthen the company’s presence in this emerging market field.

The company, which scopes to enrich its portfolio with at least one new code every year, until the end of 2022 will focus on the optimization of the deal with Coca Cola HBC. Taking into account the prevailing market situation, will consider the enrichment of product portfolio with at least one new product as its team works on perfecting the recipes. At the same time, it emphasizes exports, maintaining a network of 36 countries, comprising countries such as Italy, France, Sweden, Norway, Denmark, and also Cyprus, which shows great prospects for the brand. Three Cents’ objective is to further strengthen its presence in the countries and markets where it already has significant activity and to expand in the countries of Europe, while also examining opportunities in Asia and Africa.

Three Cents was founded 8 years ago in England by Greeks Vassilis Kalantzis, Giorgos Bagos, Dimitris Dafopoulos and Giorgos Tsirikos and every year it runs with very high growth rates. Based on the latest figures, in the first quarter of the year, Three Cents, which has been bottling its products at the METAXA plant, saw an increase in turnover of 143%, while net profitability closed at +200%. This momentum is expected to continue into the rest of 2022, with the year ending with double-digit growth.