From Greece to Denmark via the magic of food. Or how a young Greek chef wowed the world-famous Rasmus Kofoed and found his place in the kitchen of a 3 Michelin star restaurant in Copenhagen.

As Assistant Head Chef at the famous Geranium restaurant and right-hand man of three Michelin stars chef Rasmus Kofoed, Greek Thanos Feskos oversees a team of 11 chefs from 10 different countries. His goal, bring to life the creative vision and progressive tasting menu of the award-winning culinary artist and restaurateur; a demanding job that requires precision, attention to excellence, exceptional talent, and good humor. No wonder the young professional has gained the praise of his peers and the admiration of a discerning international clientele.

Tell us a little about your background and how you got to Geranium, one of the best restaurants in the world…
My career started while I was in the Greek army for my military service. I was assigned the position of cook purely by chance and afterwards, I decided to study the culinary art while at the same time I was working at a restaurant in the center of Athens. Later on, I continued to work at other restaurants and tavernas just outside Athens, where my hometown of Porto Rafti is located. Afterwards, I decided to risk going abroad and so I moved to Germany, where I worked at a German-ized Greek restaurant. After that, I went to Cologne where I worked as Head Chef at a Palaistinian restaurant.
Like many others, I also became “infected” with the need to always evolve and take my art and skill to the next level. As a result, I moved to Switzerland where I completed two Masters degrees, one on Gourmet European Cuisine and Molecular Gastronomy and a second on European Pastry and Chocolate. After that, I worked in a 1 Michelin star fish restaurant as well as in a 2 Michelin stars restaurant. One thing led to another and I took part in a chocolate architecture competition, where I won third place among 45 countries! I followed with a two-month study trip in san Francisco and then went to Copenhagen and worked for three years at Geranium.
For some reason, I decided that it was time to return to Greece and moved back to Athens where I worked at Hytra restaurant as R&D and Chef de Cuisine under chef and good friend of mine, Tassos Mantis. After almost a year, Geranium came back into my life and I took the job as Head Chef under Rasmus Kofoed. It was at that time that we managed to get our third Michelin star and reach No5 in the list of best restaurants in the world, a position we still hold to this day –I will always be proud that I was part of that effort. 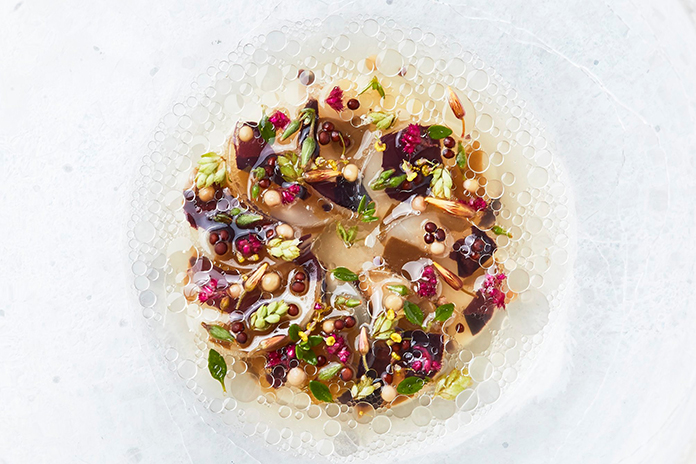 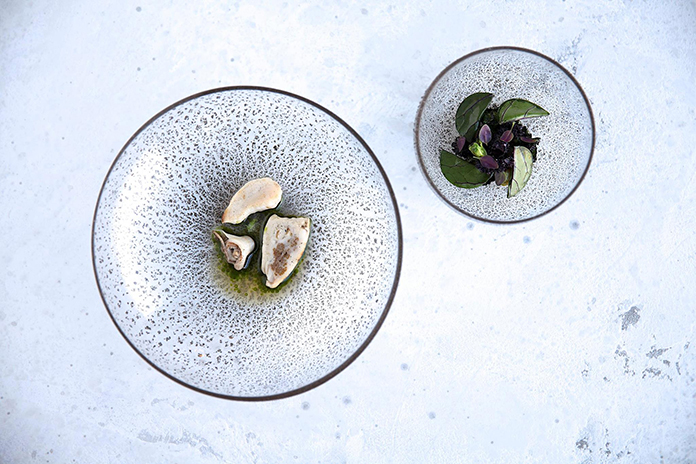 How did your passion for cooking start?
I can’t really say that I was always near my mum or my grandmother when I was young –I was mostly playing tennis or going to the football stadium to see my favorite team, to be honest. What gave me great pleasure, however, was the smile on my friends’ and relatives’ faces every time I cooked. I think that my passion for cooking started when, after a heavy snowfall in 2007, I prepared for some friends at home a Carbonara –at least, I think it was. They still remember it and smile!

As Assistant Head Chef at the award-winning Geranium, what is the biggest challenge you’ve had to face?
The two major challenges I had to face were: a) when we had to prepare a very exclusive and demanding event at Geranium in 2017 where we were hosting 2 women chefs with 3 Michelin stars plus chef Kofoed, and in two weeks I had to coordinate and organize orders from France, Japan, Norway, Denmark, and California; and b) the opening of the plant based pop up restaurant Angelika, at the Geranium premises, one of the most beautiful yet most ambitious and exhausting experiences I’ve ever had to go through.

What have you learned from working side by side with Rasmus Kofoed? How did you evolve as a chef through this collaboration?
Working with chef –and someone I now call a friend– Rasmus Kofoed has taught me things I could never imagine. From how to be focused on what I do and how to overcome distractions, to how important is each and every ingredient no matter how “humble” –from a lobster to a potato to a flower. He also helped me learn how to focus on one detail while at the same time see the bigger picture, and he trained me to be what he calls his “eagle eye”, to spot, that is, a mistake from afar. 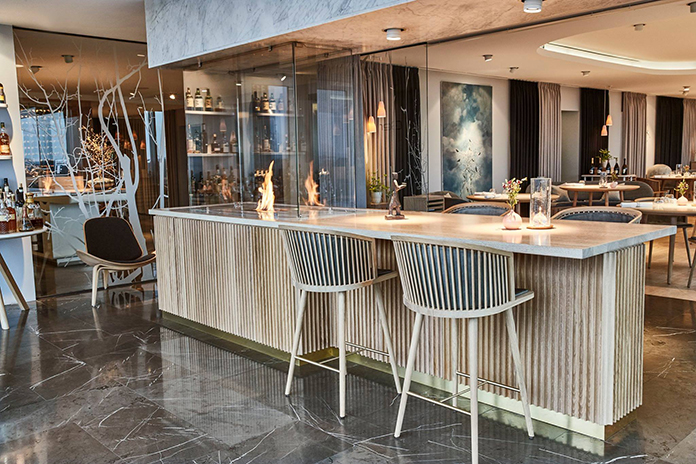 Is there a particular Greek dish that you miss, that reminds you of home when you taste it?
Well, the only dish that I could really say I miss, a dish that reminds me of Greece and that, unfortunately, I will never again have the opportunity to taste, is my grandmother’s quince spoon sweet. Ηowever many times I’ve prepared it myself, it has never tasted like the one she used to make.

How and where do you see yourself in the years to come?
In the coming years, I would like to have my own restaurant and start my own family. If I could make these things happen, it would be the best reason to go back to Athens.