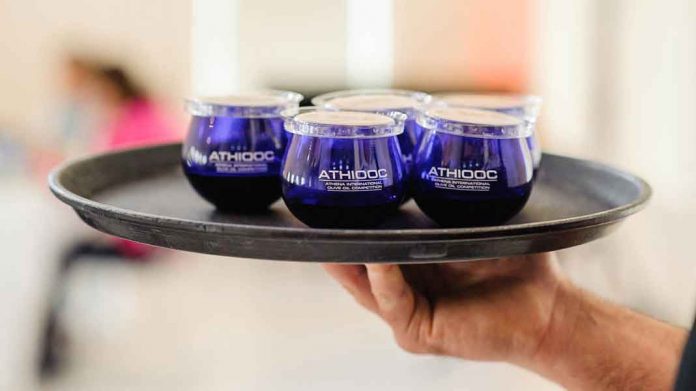 With the participation of 364 samples from 14 countries, a panel of international judges completed the evaluation procedures of the 4th Athena International Olive Oil Competition (ATHIOOC), held from 18-20 March 2019 in Nafplion, Greece.

The judges awarded 8 grand gold medals, 76 gold medals, 71 silver medals and 46 bronze medals—or 201 in total—to olive oils from various countries. The prize for the best olive oil in the competition was awarded to Conde de Mirasol, from Andalucia, Spain.

Awards this year dropped almost 17%, while the ones to Greek entries were down approximately 40%, confirming that the 2018 crop was a difficult year for international olive oil production. More specifically, from the 185 Greek olive oils entered into the ATHIOOC 2019 (up 8.5% from 2018), a total of 65 received medals. Namely, Greek olive oils were awarded 27 bronze, 32 silver and 5 gold, along with one grand gold for One & Olive (Koroneiki variety) from Messinia, in the Peloponnese.