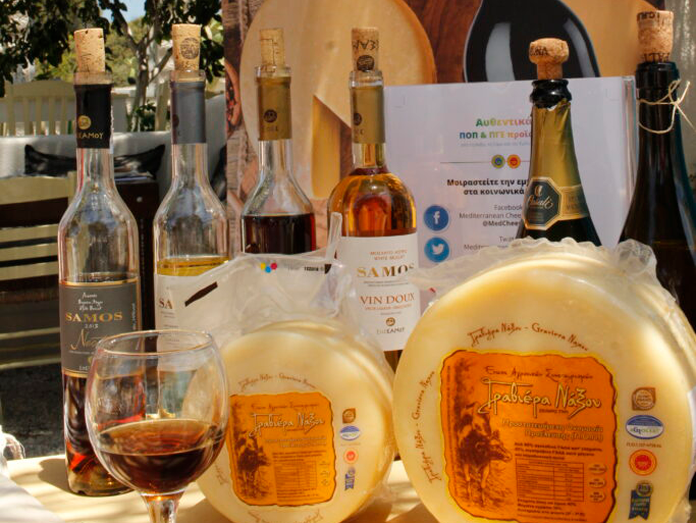 On the occasion of the 32nd Olympic Games, Food Experience Graviera Naxos, the renowned gastronomic event, is experimenting on the sports diet, highlighting the great nutritional value of the products produced on the Greek island of Naxos, the largest island of the Cyclades, with its internationally recognized contribution to gastronomy!
The event took place between 11-13 June on Naxos as well as on the island of Schinoussa and was organized by the Union of Agricultural Cooperatives of Naxos.
This year’s guests of honour were the 1992 Olympic 100 metres hurdles gold medallist in Barcelona, Ms Voula Patoulidou, the 2004 Athens Olympic women’s water polo silver medallist and President of the Association of Greek Olympians, Ms Voula Kozoboli, the 1996 Olympic high jump silver medallist in Atlanta, Ms Niki Bakoyianni, the 2004 Olympic synchronised diving gold medallist in Athens, Mr Nikos Syranidis, Pericles Iakovakis with 4 Olympic participations (2000, 2004, 2008, 2012) and 8th Olympic champion in 2008, the 7th Olympic champion in 2000 in Sydney and 9th in 2004 in Athens in shot put, Ms Poppi Ouzouni, and Ms Maria Pagalou, who represented Greece in the 1996 Olympic Games in rhythmic gymnastics, placing 12th in the semi-finals. 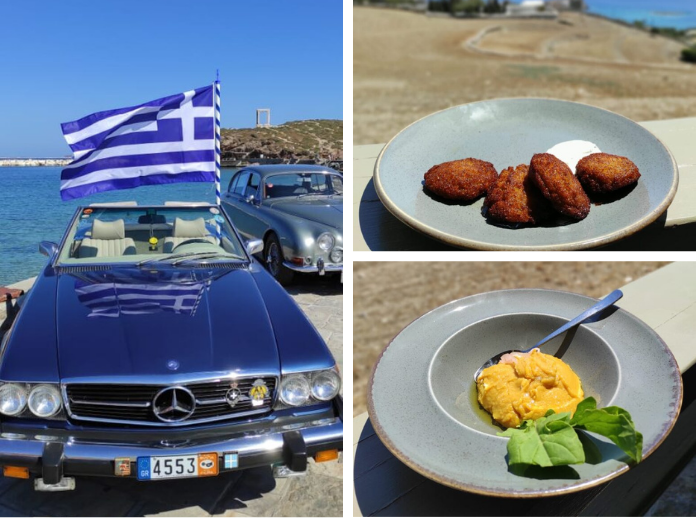 On Sunday, June 13, as part of the events, the Association “Historical Routes of Wheeled Vehicles” and the Association of Participants in the Olympic Games organized a unique rally race with historic cars from PHILPA that started at the port of Naxos and ended at the Temple of Demeter in the picturesque Sagri, combining women’s motorsports with the sights and historicity of Naxos.
Also, on the same day, the guests of the 4th Food Experience Graviera Naxos 2021 had the opportunity to witness a… culinary summit! In the framework of the European Program “Mediterranean Cheese and Wines”, Graviera Naxos PDO met with the renowned, fine wines of the United Winemaking Agricultural Cooperative of Samos (UWC SAMOS) and the Italian Enoteca Regionale Emilia Romagna, at a special event where tasting and exchanging of information on these exceptional products took place.