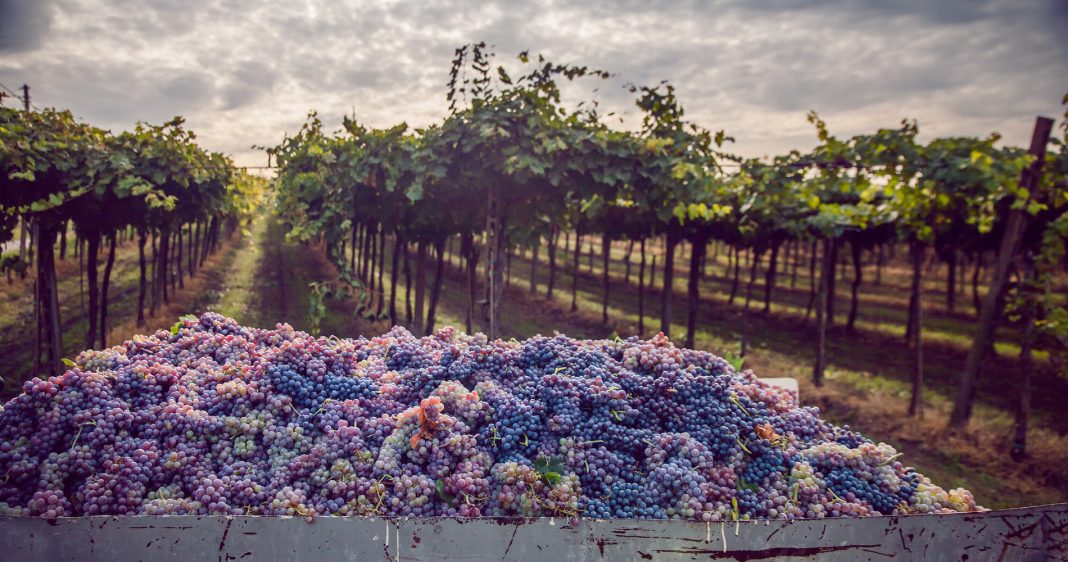 Being one the largest fruit categories, table grapes are one of the most demanded fruit in Europe, with relatively stable. And although European table grape production is decreasing, Greece is seeing a rise in export numbers, even amid the COVID-19 pandemic. 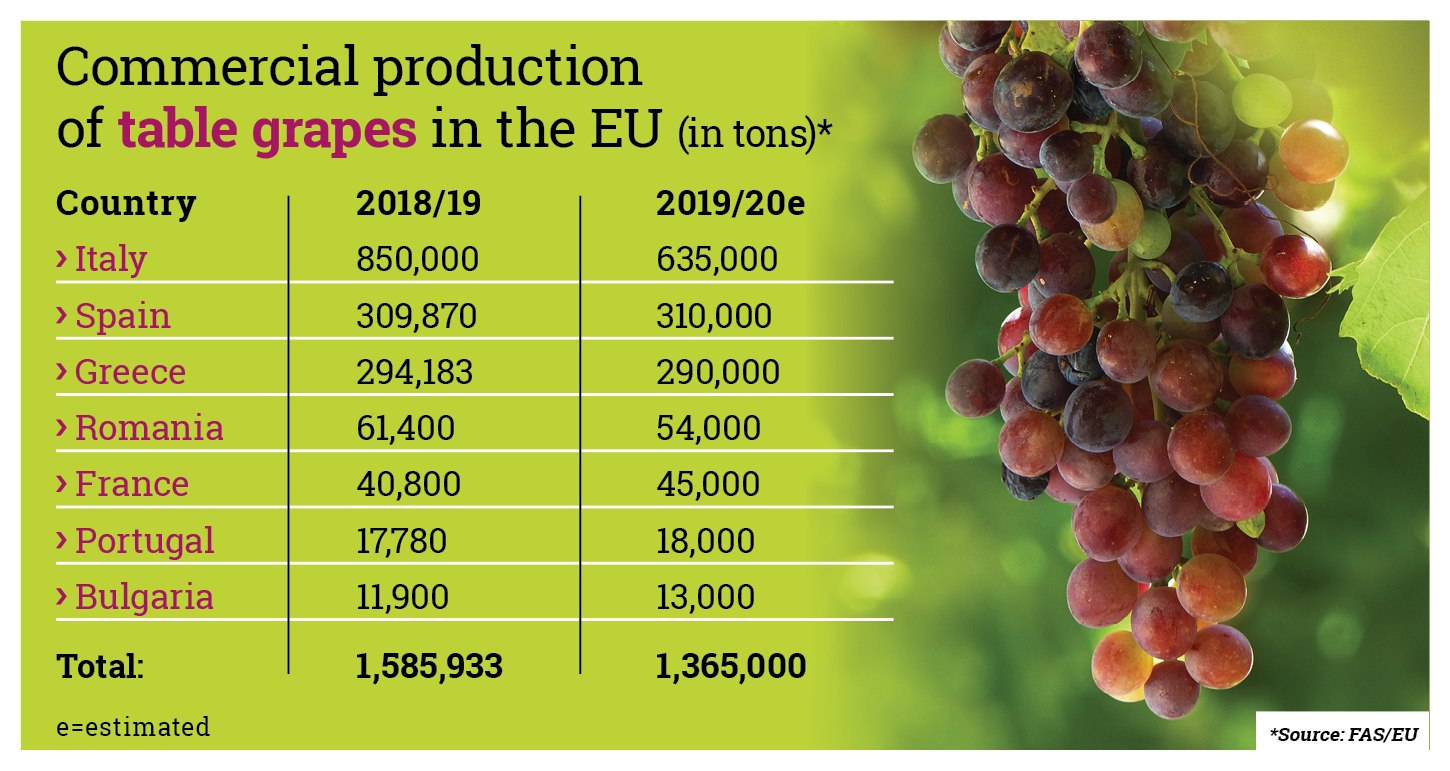 In Greece, table grape is centered in the regions of Macedonia, Thrace, Thessaly, Peloponnese and Crete, while the main cultivated varieties of table grapes are Flame, Superior, Victoria, Cardinal, Alphonse Lavallee, Crimson, Muscat d’Hambourg, Sultanine, Italia, and Red Globe.
Greek production for the year 2020, which is has just finished being harvested, is expected to be somewhat down compared to the previous year, at 290,000 tons, whereas its quality remains exceptional. The decline in the competitiveness of table grapes produced in Europe compared to imported ones is mainly due to small lots. In Greece, there are mostly small dual-use farms where the grapes are cultivated together with olives.

The European consumer has an increasing preference for convenience. This trend is positive for table grapes, because they are easy to consume and ideal as a fresh snack.
For the same reason, seedless varieties, such as the Thompson, Superior and Crimson which are produced in Greece, are most appealing to consumers and expected to lead the market demand further. These grapes are typically sold in clamshell packages. The convenience trend is strongest in northern Europe.

Among the top exporters globally, the fastest-growing exporters of table grapes since 2015 were: India (up 186.2%), Australia (up 116.1%), Brazil (up 32.9%) and the Netherlands (up 31%). Three countries posted declines in international sales of table grapes: Greece (down – 31.5%), Chile (down -12.9%) and the United States (down -5.9%). Even so, Greece is in number 14 at the global ranking regarding the exports of table grapes, with $97.1 million (1.2%) in value, and in number 11 in the list of the highest positive net exports for table grapes in 2019, with $94.6 million.
However, the COVID-19 pandemic has presented Greece with increased export opportunities as far as fruit and vegetables are concerned. As a result, “Table grape exports appear to be up compared to the same period from last year, with prices, however, at low levels due to the reduced consumption of the product in the domestic market,” explains Mr George Polychronakis, Special Adviser to the Greek Association of Export and Distribution of Fruits, Vegetables and Juices, Incofruit Hellas.
Regarding table grapes, the United Kingdom is the No1 export destination, in particular for the EXTRA and I categories, as well as for the larger grape sizes in the dominant seedless, white Tompson Seedlees variety.

Supply chains are becoming more transparent and consumers are well informed about environmental and social issues. As a result, buyers are requiring transparency and certifications from producers. They expect products to use a sustainable approach to production and processing, that include actions to strongly reduce and register the use of pesticides, ensure the safety of employees and/or even include price guarantees for producers.

A matter of taste

Because table grapes are often consumed as a snack and as a product of indulgence, one must consider consumer experience as an important success factor. Especially when dealing with experienced buyers, who appreciate premium quality and can distinguish superior taste. This means produce that are fresh, sweet and crisp, although specific preferences can differ per region and buyer.