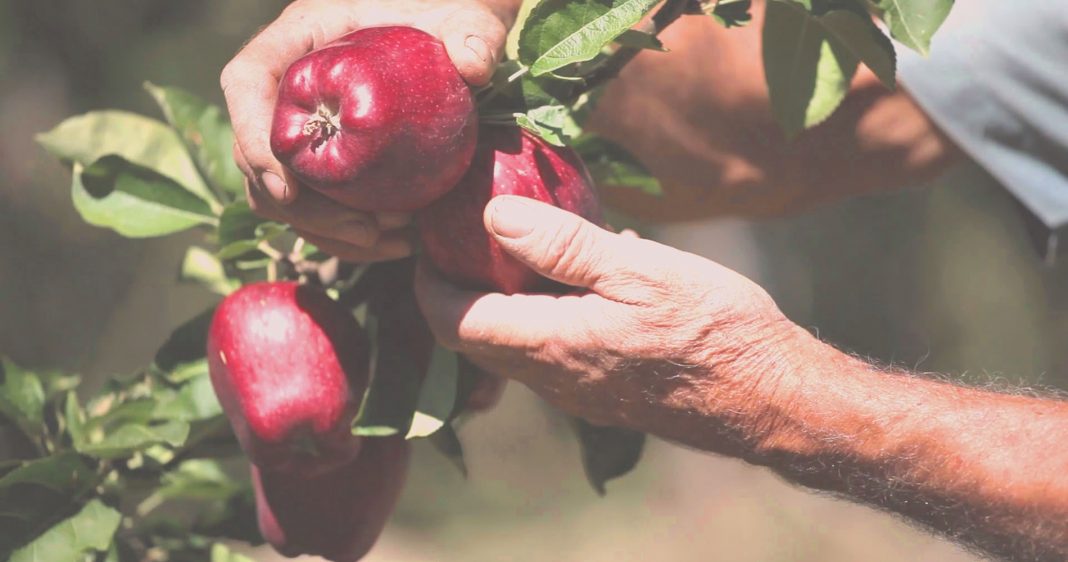 In most of the EU countries where the apple harvest is just starting, there has been a decline in production –in fact, the Commission expects total production to fall by 1% and 7% below the five-year average. Greek apple quantities, however, are up in a year plagued by storms, hail and the coronavirus pandemic.

Declining volumes in Europe’s apple orchards and the upward trend towards healthy eating, create very favourable conditions for increased producer prices. In fact, demand for apples at the beginning of the new trading season was so high that, in a number of cases, Gala variety apples were sold out. As a result, prices have gone up and remain strong almost everywhere with the arrival of the new crop.
The COVID-19 pandemic, however, is an unpredictable factor as the economic downturn is becoming a matter of growing concern in European cities, putting a big questionmark on consumer spending. As insiders explain, it is still too early for safe assessments regarding the course of the market, which, nevertheless, in the early stage of the new commercial season, seems to be at higher levels than last year.
Consumer behavior will determine the duration but also the intensity of the upward trajectory of the European apple market, with many European traders anticipating that the growing healthy diet trend has created favorable conditions for apples.
At the same time, the Market Observatory of the European Commission specifies that apple prices will remain high for at least one more year, given that new volumes are once again reduced compared to the five-year average.

Red apples will soon make their debut, without last year’s stocks, which have been depleted, a concern for the 10-day delay in harvesting in the early harvest areas that will reach the market together with the late ones.
There is an increased demand for Greek apples in neighboring markets, with quantities of the Gala variety already sold in large volumes to traditional buyers, such as Egypt.
At the beginning of the harvest season, the market reaction is rather restrained, as last year’s stocks were depleted and the closure of the previous trading season left demand at significantly high levels. Market reluctance, however, together with consumer caution are putting the brakes to the apple momentum, according to Mr Dionyssis Valassas, General Manager of the Agricultural Cooperative of Zagora-Pilio.
According to market insiders, apple quantities in Greece are up, with the exception of Zagora in Pelion, where the May hail was particularly damaging to the orchards in the region. Still, the rational management of the available tradable quantities and the strong brand that the age-old Cooperative of Zagora has built both in and out of the Greek borders, are expected to save the day.
Regarding red apples, the market is proving more restrained than in the case of the Gala variety, with better indications of where this year’s market is heading to expected over the next two weeks.
With low apple quantities in Europe, Greek apples will have a strong bargaining chip, especially in those markets where Greece crosses paths and swords with Italian, French, German and Polish apple production.

Investment in branded apples pays off in Zagora, Pelion

At the Agricultural Cooperative of Zagora-Pilio, autumn has started with the completion of the harvest of the Gala variety apples, while in the next ten days the first red Starking and Golden will reach the market.
The harvest of the famous red Starking apples, the “crown jewels” of the Cooperative, has just started. And although this year’s harvest season will be one for the books due to the extensive hailstorm of 26 May 2020, resulting in decreased quantities available for sale, there are farms in the area that were not affected or that were only partially affected by the phenomenon. Therefore, at least according to Mr Valassas, the Cooperative that represents 99% of the of the farmers of the municipality and markets about 85% of the apples in the Prefecture of Magnesia is expected to meet the needs of its commercial network, which in addition to Greece extends internationally, thus maintaining last year’s high prices.