Ambrosia Magazine
Home Features Veganuary: A choice of the few that became a global trend 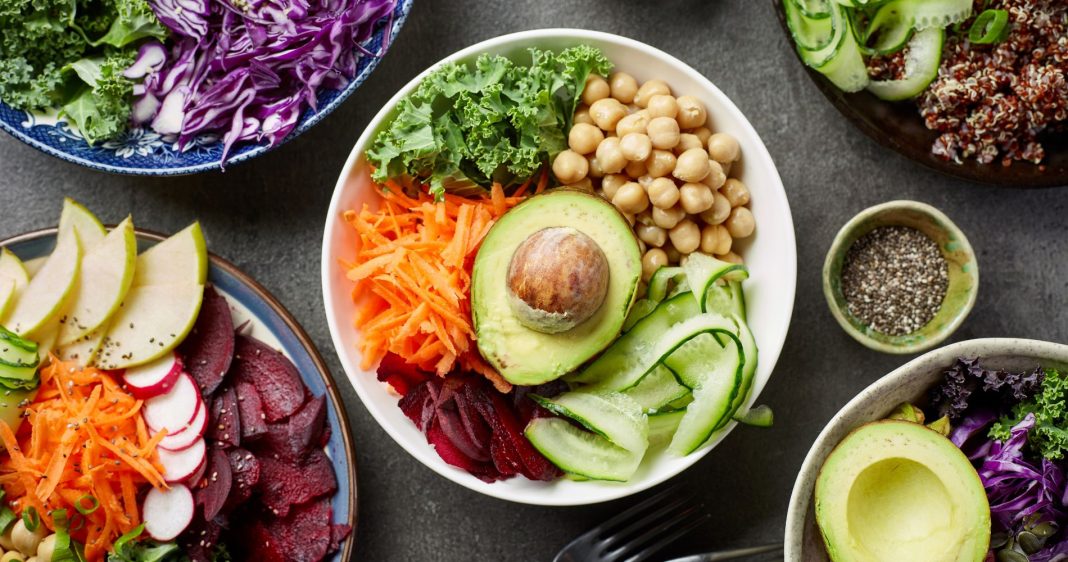 Maybe you’ve heard it already, maybe not. The sure thing is that as time passes, we will all be hearing more of it, since its members, who were just over 10.000 worldwide 8 years ago, are well over 620.000 now and estimated to reach one million next year: Veganuary is here to stay.

Veganuary (the name is a combination of the words “vegan” and “January”), is a non-profit organisation that encourages people worldwide to try veganism for one month (January). Its founders are New York based couple Jane Land and her husband, Matthew Glover, who started Veganuary as a crowdfunded campaign in 2014.
The number of people joining the Veganuary movement has been growing constantly, year after year: it is estimated that more than a million people will stop eating animal products this month as part of Veganuary, while many of them will continue with this diet habit beyond January. According to its founder, Jane Land, “It seems so surreal to think that something we started in our kitchen has turned into this phenomenon.”
According to the Movement, during the 2022 campaign, more than 620,000 people took their pledge to try a vegan diet, while more than 1,540 new vegan products and menu options were launched in their key campaign countries.
Throughout the year, Veganuary encourages and supports people and businesses alike to move to a plant-based diet as a way of protecting the environment, preventing animal suffering, and improving the health of millions of people.

Since the first year of its launch, the campaign has had four pillars: increasing participation, corporate outreach, growing the global movement, and increasing awareness on veganism.

Increasing Participation | The very heart of the campaign is inspiring people to try vegan for the month of January (and hopefully beyond). With each person who eats fewer animal products, or eliminates them completely, human environmental footprint and the suffering of animals is reduced.

Raising Awareness | Social and traditional media reach is implemented by the organization with one aim: to encourage people to try vegan and to create the greatest awareness of a plant-based diet and its benefits.
Veganuary movement reaches the public through social media channels. Also, they work with mainstream media, creating a campaign buzz that leads to many of the most important press outlets in the world reporting on the topics of animal agriculture, veganism and environmental protection during the Veganuary campaign. The organization reaches an ever-growing number of people with their message by working with influencers and celebrities, using innovative marketing techniques and tools, as well as creating media-worthy stories and tones of inspiration for more people to join the Movement.

Corporate Engagement | The movement calls it the “Veganuary effect” and considers it to be the greatest impact of their campaigns. Corporate engagement is essentially working with businesses, companies, and brands, leading to many of the biggest companies in the world joining Veganuary and increasing the visibility and availability of plant-based foods: you can’t be (or it is very difficult to be) vegan if you have “nothing” to eat. On the other hand, the more the choices on healthy, delicious, vegan food products, the easier it is to try vegan, even for one month, and then, hopefully, stick to it for more time.
Great visibility and excitement around the campaign – with major media coverage, influencers and celebrities joining, and social media reach increasing – gives the necessary incentive to brands, restaurants and retailers to market their vegan products and launch new vegan options to the market.
Many of the products launched during the Veganuary campaign stay on the shelves year-round, making it easier and more inviting to continue choosing vegan throughout the rest of the year.

Growing A Global Movement | The movement focuses on internationalising the campaign to multiply the impact people can have for animals, our planet and on human health. This is achieved by adding new Veganuary country chapters to the existing structure, as well as working with already established partner organisations either to amplify the reach of thecampaign or initiate the Veganuary campaign in new regions and territories.
According to official data given by the organization, Veganuary currently runs country chapters in the UK, US, Germany, India and Latin America (Chile, Argentina and Brazil). Additional Veganuary campaigns are currently led by partner organisations in Australia, Singapore, France, South Africa, Switzerland and Italy. 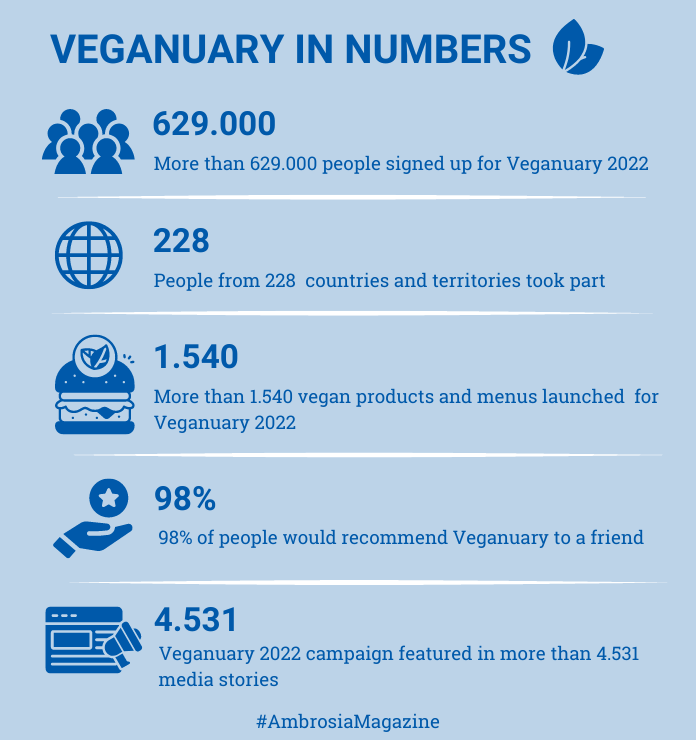 Veganism is often defined by what vegans don’t eat: meat, fish, eggs and dairy, plus some of the animal ingredients that are hidden away in products, such as whey and gelatine, ingredients derived from milk and animal bones respectively.
But it is also interesting to see what vegans do it, which, in reality, isn’t all that different from a standard -non vegan- diet.
Instead of meaty burgers, sausage and steaks, vegans pick plant-based versions. Also, instead of dairy cheese on a pizza or cows’ milk in our coffee, they choose plant-based versions, such as almond or soya milk.

Today, it is easier than ever to go vegan, for two main reasons: 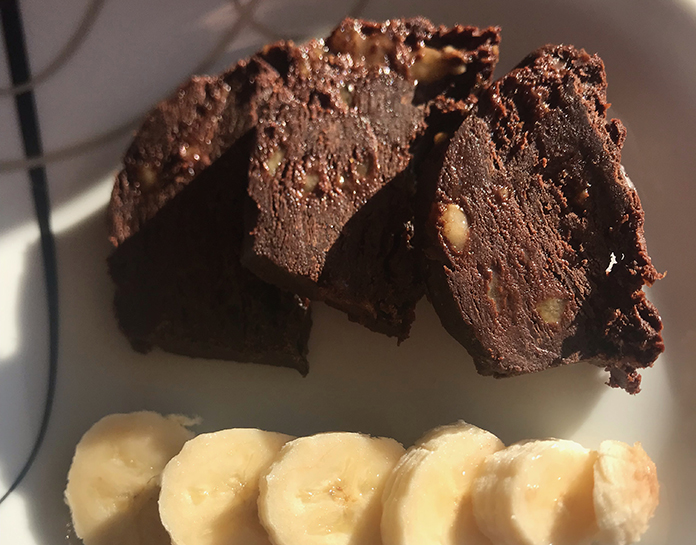 They who said that vegan nutrition is less than delicious, obviously never tried some of the mouthwatering recipes vegans enjoy. Like the one below.

Step 1: Cover with oil a 24cm cake tin and line it (bottom and sides) with parchment paper.
Step 2: Mash 3 ripe bananas with a potato masher until there are no lumps.
Step 3: Put 450 gr. of dark chocolate of choice in a bowl and melt it in the microwave or bain-marie. When the chocolate is melted and smooth, add the banana “purée”.
Step 4: Mix with a whisk until the two ingredients are fully incorporated and create a uniform mixture. Transfer the mixture to the lined cake tin.
Step 5: Refrigerate to set (at least 1 hour). Leaving it in the fridge overnight is recommended.
Step 6: Slice and garnish with sea salt flakes and banana slices.

Greek salad: The quintessence of the Mediterranean Diet