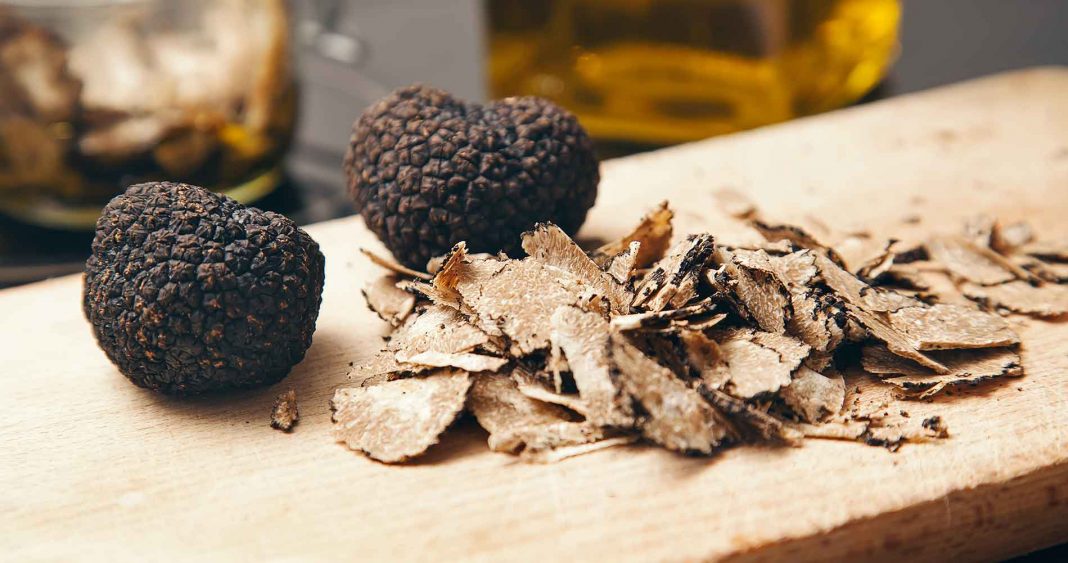 Whoever said that the words “Greek” and “truffles” are incompatible, is gravely mistaken. Pavlina Kladopoulou, a truffle connoisseur and owner of Troufa Plus, a brand of truffle-based products, is educating us on what our corner of the world has to offer regarding the prized fungi. 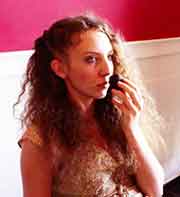 Although Greece is not among the known truffle producing countries, truffle cultivation and foraging is, nevertheless, gaining momentum. Especially among young people who are seeing great promise in the precious fungi produced in the country and are investing in their exceptional quality. We met up with Pavlina Kladopoulou, owner of Troufa Plus, a pioneer in the field, who not only collects but also processes and markets truffles across the world.

How did you decide to get involved with truffles?
Initially, I decided to get involved in the cultivation of truffles. In my effort to find and prepare a property suitable for such an endeavor, while studying about the family of these underground fungi, I also decided to engage in the hunt for indigenous truffles. At this point, I got very lucky because, I soon found myself with two excellent “partners”, Boss and Chika, two dogs skilled at truffle hunting, who helped me immensely and within a period of 3-4 years I had identified many underground fungi of the genus Tuber, including all truffle species with commercial value. I visited many regions in Italy with long tradition in truffles and consulted with some of the leading professors and researchers in the field. 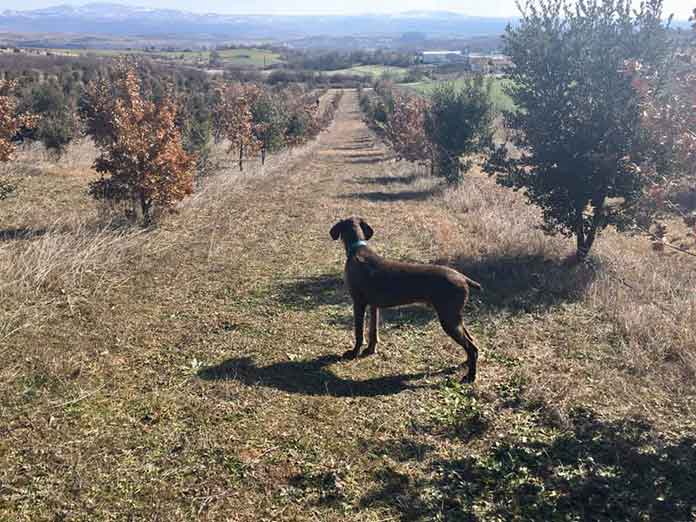 Why should one choose Greek truffles? What are their advantages compared to other, more famous truffles?
Greek truffles are in no way inferior to the corresponding varieties collected in other countries with a longer tradition than ours, which is why they are highly sought after in all these places. In many parts of Greece, from the South to Thrace and Macedonia in the North, truffles of excellent quality, very remarkable sizes, and unique aroma, are collected. Furthermore, Greece, being the southernmost Mediterranean country producing some of the most valuable truffle varieties, is superior to other truffle-producing countries regarding early production for some truffles and late for others. This means that during certain periods, many truffle varieties are even more sought after because of the small or non-existent production in other countries.

Is there an interest in Greek truffles from foreign markets? Which type of product is the most popular?
Yes, even now, most of the local truffles are exported, mainly to countries such as Italy, France, and Spain where production cannot keep up with the constantly growing demand. Then, there is a great demand from countries in Central and Northern Europe that are slowly acknowledging the quality of Greek truffles and sometimes choose it over others. And, finally, there is a huge demand from third countries such as the US, China, Australia, Japan, etc. The most popular product is fresh truffle, followed by truffle by-products, with truffle oil leading the way.

Are you afraid that climate change will affect truffle production?
How climate change may indeed affect truffle production at global level, is a topic of concern to many scientists and scholars around the world. One thing is for sure: according to the general consensus, in the coming decades there will be significant changes to the current situation in both systematic truffle farming and uncultivated truffles.
As an example, we can mention the absence of irrigation in the systematic cultivation of black winter truffles in France, Spain and Italy until the 1980s. Today, the majority of growers in Mediterranean countries maintain irrigated plantations and clean and irrigated water is a prerequisite for the establishment of truffle plantations.
There are many graphs and statistical data that show a correlation between prolonged summer drought and high temperatures during summer and autumn with reduced production of many truffle species, particularly autumn and winter varieties. Cool and rainy summers have always been the wish of Italian hunters of white truffles and the data confirm this. Years with dry and very hot summers were decisively unfavourable for this autumn species.
Climate change will alter the current situation. It is very likely that truffle species that have been identified with certain regions will find more favorable soils in places that are now not known for truffle production. Species that are less sensitive may adapt more readily to new conditions, while more sensitive varieties may suffer greater changes in their growth.

What are your plans for the future?
Our main plan is to be able to remain consistent in terms of both quality and quantity to current demand. Then, to supply new customers in Greece and abroad who will appreciate our quality regarding fresh truffles as well as the processed products we market. 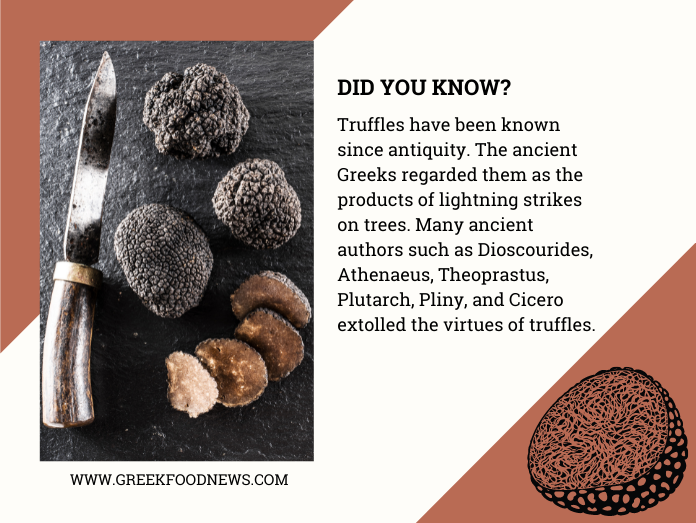 Sommeliers from across the world rendezvous in Athens

Greek avocado: 4.7% growth in one year