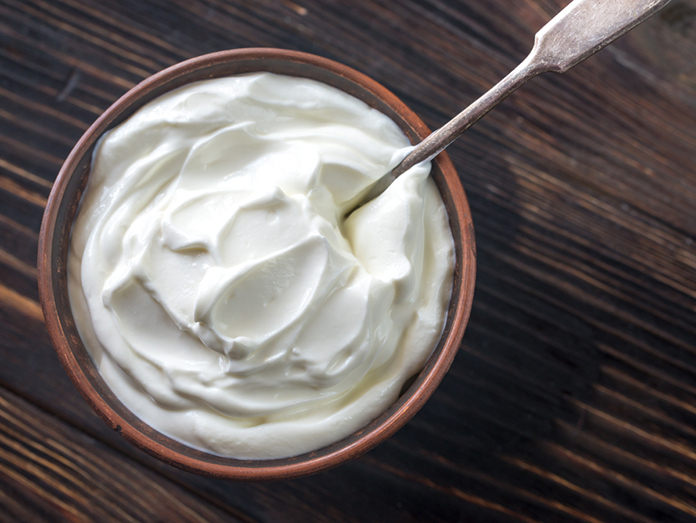 According to a recent comprehensive survey by the National Bank of Greece, Greek yogurt ranks at the top of the country’s export products. Based on data collected from Euromonitor International and the bank’s own research, regarding international exports, Greek yogurt comes second only to table olives, another premium product…Made in Greece.

Share in international markets increased by 15% in a decade

Yogurt exported by Greece, which is vying for a place on the list of products with PGI denomination, is struggling to keep its leading position in the premium market, having significantly increased its share in this particular category. Namely, the share of Greek yogurt in the premium market increased approximately 48% in 2019 from 33% ten years ago, a fact which is mentioned as one of the main advantages of the product in the report of the National Bank of Greece, along with the high penetration of yogurt produced by Greece in the markets of Western Europe. Even so, the fierce competition from products dubbed as “Greek yogurt” but possessing neither its quality nor its organoleptic characteristics, is putting pressure on its position in this premium market. 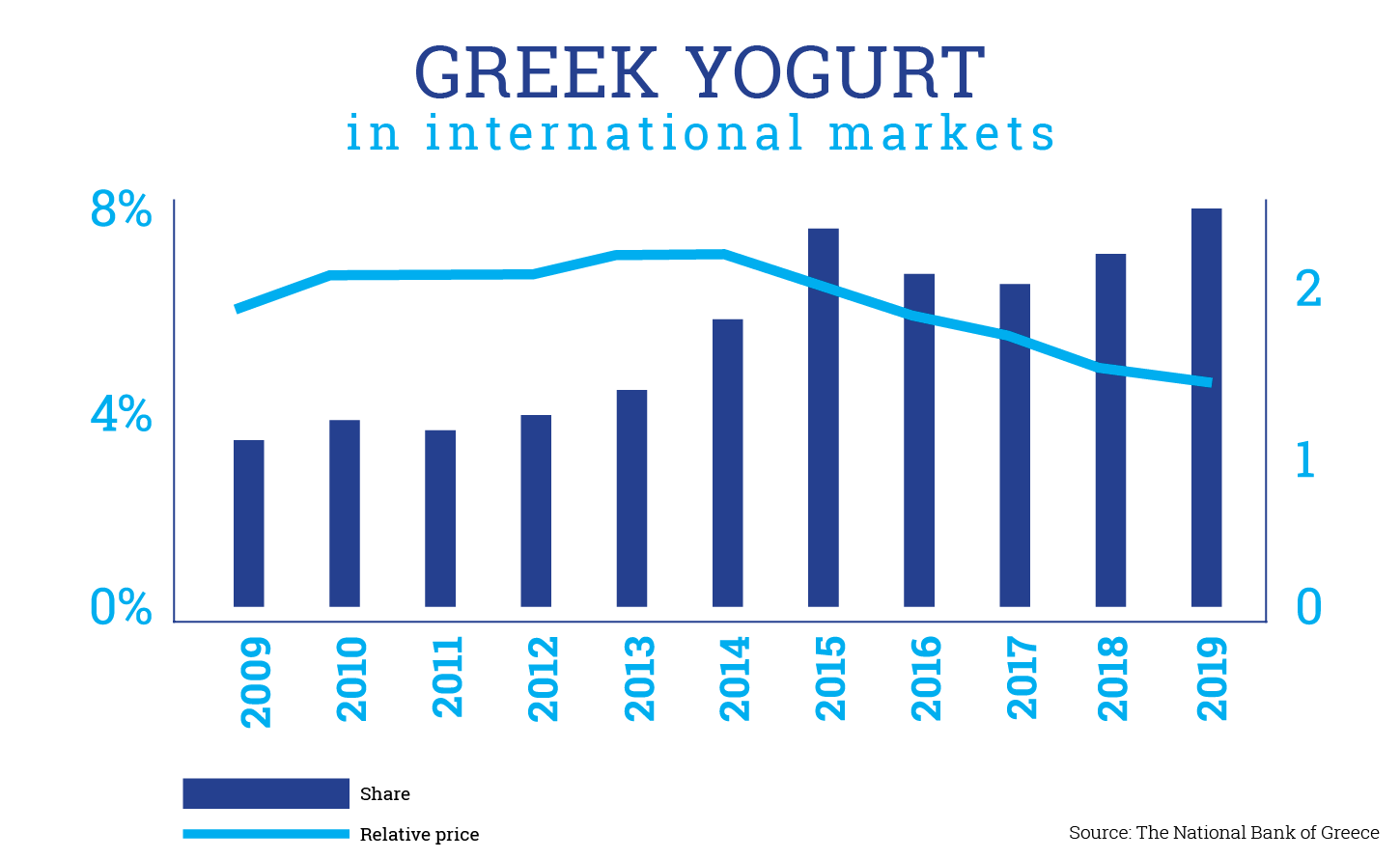 Strategic priority: Maintaining a leading position in the premium market

Greek yogurt has maintained its strong position in world trade by doubling its share over the last decade (7.5% in 2019 from 3.1% in 2009) and with a relative price point of about 40% higher than the global average (€1.91/kg to €1.37/kg), thus ranking Greece as the leader in the premium market.

Greek strategy over the past decade has been characterized as highly expansive, mainly towards Western European countries –with the most intense efforts focusing mainly on the UK, Italy and France. The penetration achieved in these markets is impressive, with Greece’s share in Italy rising to 29% in 2019 (from 5% in 2009), 21% in the UK (from 8%), and 14% in France (from 1%).

In fact, taking a broad approach to the conditions prevailing in international market, the National Bank of Greece survey singles out 2 major segments: 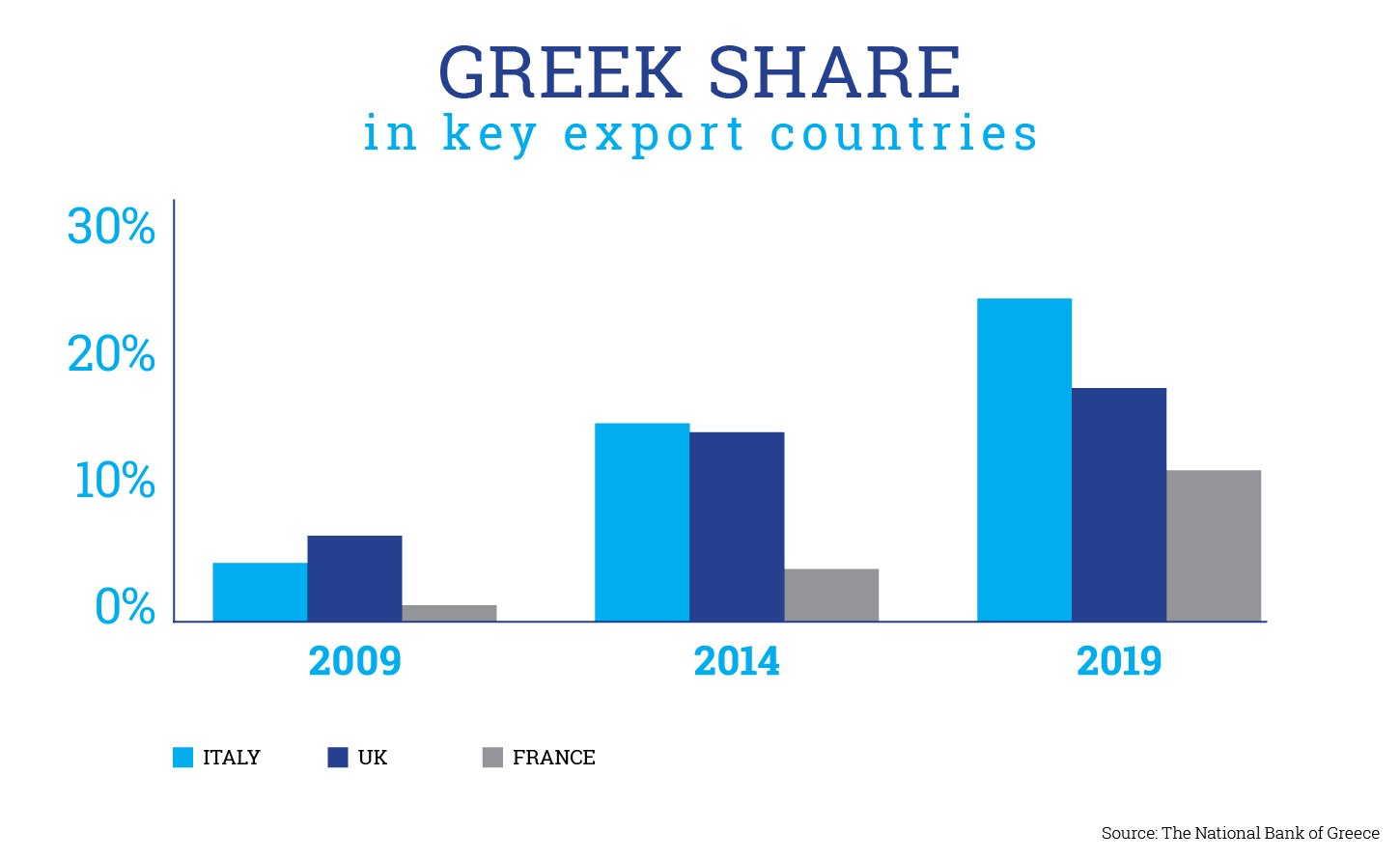