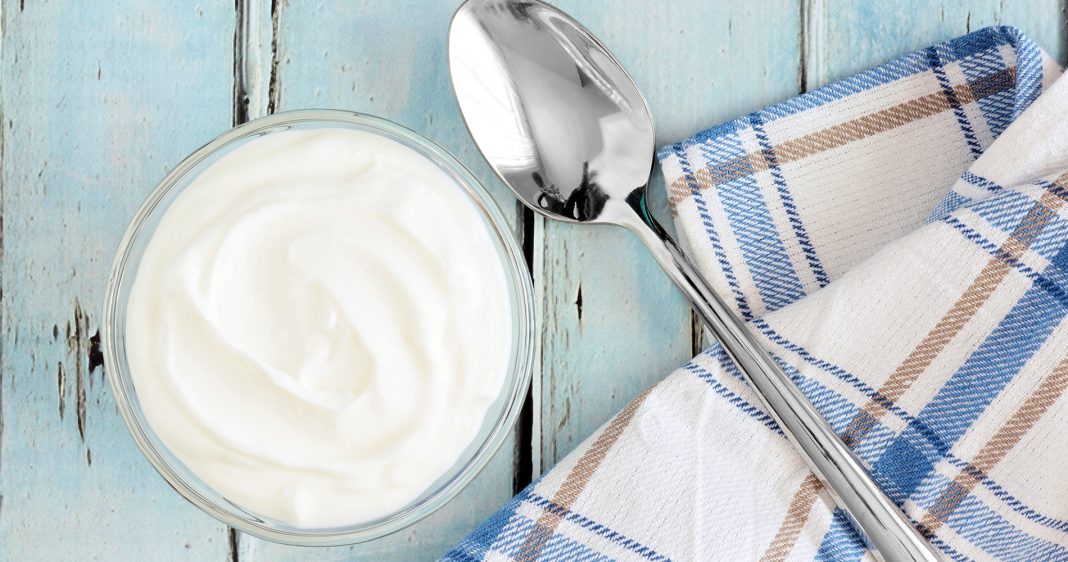 The rising awareness of Greek yogurt as a healthier substitute to other food products has created a multi-billion market that shows no signs of slowing down.

Greek yogurt is an extremely healthy food option (see high protein, low sodium and carbohydrate level, and low lactose content) and accordingly its consumption as meal replacement and/or snack is constantly growing. In addition, Greek yogurt is rich in essential vitamins and probiotics, while a study suggests the bacteria in yogurt may help relieve anxiety and stress by reducing a specific brain activity. As a result, market analysts estimate that the Greek yogurt market will grow steadily at a CAGR of 8.85 percent by 2021. Namely, according to leading market research company Technavio, the Greek yogurt market will grow by $4.02 billion, while, the contribution to growth for the period 2016-2021 is as follows: the Americas with 44.78 percent, Asia-Pacific with 43.03 percent and Europe-Middle East-Africa with 12.19 percent.
The key countries leading Greek yogurt consumption are the US with a 51.12 percent of market share, France with 8.70 percent share, Germany with 8.31 percent and the UK with 6.31 percent, followed by Greece with a 4.01 percent market share. 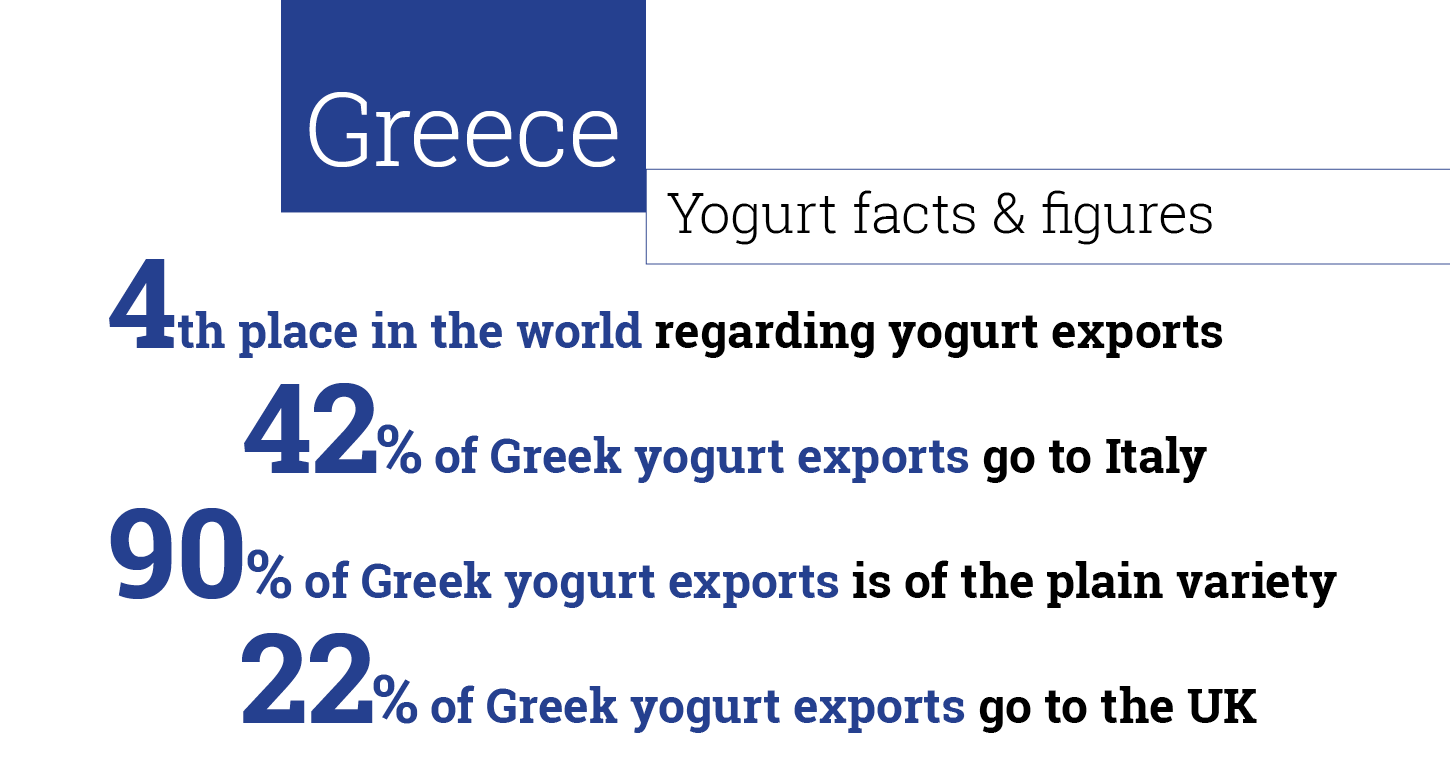 Greek dairy companies, focused on the production of yogurt, are a force to be reckoned with, even in the highly competitive international marketplace. Patented technologies, innovations, significant export activity, and a top-quality product have boosted the reputation of the authentic Greek yogurt.
Dairy producers on Greek soil fall into two categories: big manufacturers with state-of-the-art, highly automated facilities that can accommodate demand in both the Greek and international markets, and small pasteurization units, collecting milk from small regional farms and serving almost exclusively local needs. In fact, many family-run dairy companies are famous in Greece for their authentic flavors and their exceptional yogurt –mostly from sheep or goat’s milk. Exploring their growth options, mainly in European markets, many yogurt producers are constantly investing in new, ultramodern plants consisting of fully automated production lines, to ensure minimal processing of the fresh milk while sealing all of its nutrients.
Following its spectacular success, Greek yogurt is presently exported in over 40 countries all over the globe. All of this means there are more opportunities, but also more competition for new companies entering the yogurt market. These brands try to win over customers with more exciting flavors, additional health benefits, and improved texture.
For Greek businesses, the next step is to introduce to a wider customer base new flavors: strained yogurt with fruit or honey, that combines the benefits of Greek yogurt with the delicious taste of strawberry, cherry, peach, prune, kiwi, orange, apple, lemon, etc.
According to the latest numbers, and although the introduction of new exciting varieties has already taken place, only approximately 10 percent of yogurt exports represent the ones with fruit. The rest 90 percent is of the plain type, revealing that international customers do not like to experiment with their Greek yogurt.

The battle against imitations

Greek dairy companies, from small units to big manufactures, only use fresh milk from local, Greek farms, most of them family-owned, where everything, from the care and well-being of the animals to the milking takes place on the farm. It should be noted that many farms let their animals (especially sheep and goats) roam and graze in the countryside and feed on the GMO-free plants of the Hellenic land. After milking, the milk is tested and retested under the strictest regulations in the industry and is sent daily to the company facilities where it is made into the yogurt we all know and love.
According to Greek producers, straining is a time-consuming, rather expensive and specialized process, and non-Greek brands have neither the know-how nor the patented machines to make it. So, they resort to cheaper ways that may produce an almost identical yogurt, but which has neither the flavor nor the nutritional value of the authentic Greek yogurt. In fact, most of the non-Greek brands marketing “Greek yogurt” do not strain the yogurt, but instead use thickeners (usually protein-enhancing fillers and thickeners like gelatin or modified cornstarch) to replicate its creamy, thick texture.
The original, authentic Greek yogurt is only produced in Greece –or by Greek companies in international facilities– no matter what other brands claim. It is made by a natural process, does not contain any additives or preservatives, sweeteners, colorings or flavorings, and is the result of fresh, high quality produce combined with new technologies and security controls.
Greek yogurt is a Greek tradition exploited by international brands that want to reap the benefits of its considerable impact on modern food culture and the Greek state intends to establish a PGI certification for Greek yogurt in order to prevent the unscrupulous exploitation of its name.

Greek wines in the best restaurants of London and NYC