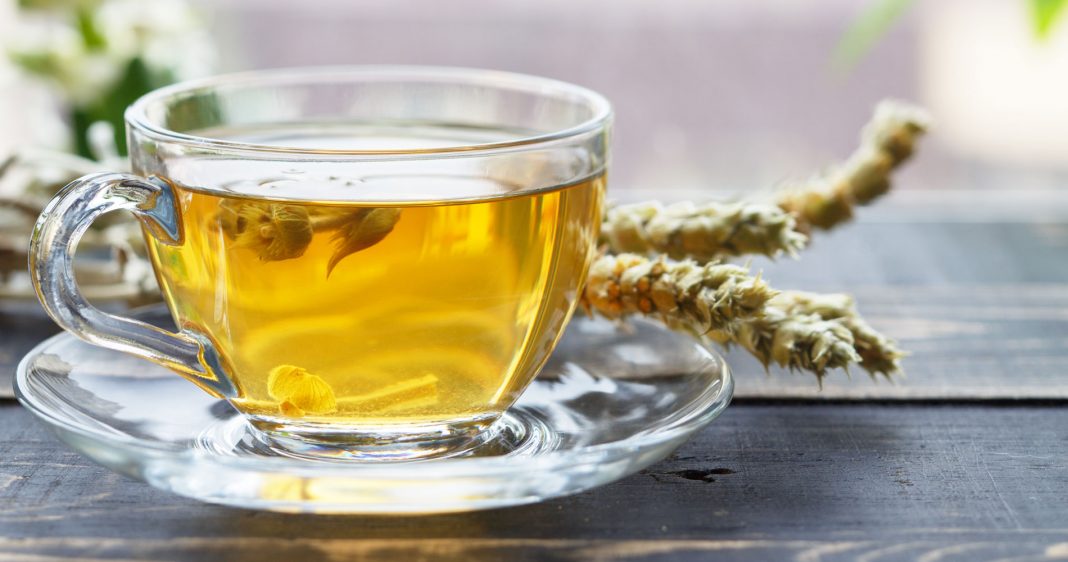 Not all herbs are created equal! Mountain tea, also known as shepherd’s tea or “sideritis” in Greek, has been famous for its health benefits since antiquity, while profit expectations from exports are proving really attractive for producers.

The number of herbs and plants that grow naturally in Greece is impressive. In fact, with some 6,500 different plants and herbs (approximately 1,150 are endemic to Greece), and due to the country’s unique climate and rich soil conditions, Greek flora is one of the most exceptional in the world. In light of this, Greek herbs show remarkable quality standards (percentage in essential oils, ratio of active substances, etc.) that affect their flavor and aroma as well as their action, especially when used for medicinal purposes.
Mr Nikos Hatziandreou, owner-operator of Organic Islands founded in 2010 on the island of Naxos and operating in the field of production and processing of organic aromatic and medicinal plants and herbs, states that “Greek herbs are not only different but in many cases they are unique in the sense that many of them are found only in Greece. Apart from that, the climatic and soil conditions in our country give particular quality to our herbs (percentages of essential oils, percentages of active substances, etc.) that directly affect their taste and aroma and their action when used for pharmaceutical purposes.”
“I believe that there is still no clear picture of the types and quantities of each species grown in our country. Of course one can easily deduct that some well-known herbs, such as oregano and mountain tea are among the top preferences of growers as they are easier to market,” he adds.

Herb of the Titans

Among those numerous and wondrous plants, one herb reigns supreme: Sideritis or mountain tea, as Greeks call it. According to Greek mythology, the mighty Titans used to consume mountain tea, an herb that boosts the immune system and cures colds, respiratory ailments, sore throats, and stomach aches. Recent studies have proven that “sideritis” has anti-microbial, anti-inflammatory, antioxidant and anti-spasmodic properties; it is also rich in a number of natural antioxidants, including flavonoids. Additionally, mountain tea extracts lowers blood pressure levels while helping blood vessels to relax. Finally, researchers have found that an oral dose of Greek mountain tea can lead to less inflammation in the gastrointestinal tract, likely due to the presence of phenols and antioxidants found naturally in the plant.
The genus Sideritis (from the Greek word for iron “sidiros” indicating the iron content in the tea) comprises 150 species and subspecies, which thrive mainly in the northern hemisphere. About 27 of them grow in Greece, each with different flavor and content in catechins (a type of natural phenol and antioxidant).

Despite their small quantities when compared with the amount produced in other countries (approximately 40,000 acres of land are currently planted with aromatic and medicinal herbs, whereas 50 percent of this area is exclusively dedicated to the farming of oregano), Greek herbs have all the essential qualities to travel to world markets.
As regards to mountain tea or Sideritis, its cultivation has great growth prospects, with far more than satisfying yields. After all, in recent years, the demand for natural products has been increasing in all international markets.
Mr Ignatios Gavriilidis, owner of Grandpa JOS organic mountain tea, explains that “There is a significant global demand for specific types of mountain tea; for beverages/tisanes and for the cosmetic industry. It still requires a great deal of effort to infiltrate those markets and, of course, significant product quantities.”
“A couple of years ago, delegates from both India and Korea came to Greece and were really impressed by the properties of our mountain tea, as well as by the fact that it is caffeine-free. However, the quantities produced are limited and cannot cater to such large markets,” he adds. “That is why Greek brands are mostly looking towards the gourmet and deli marketplace, that is willing and can actually pay more for premium products such as Greek mountain tea.”
Mountain tea is one of the most well-known tisanes in Greece. In recent years, its popularity has grown exponentially in Europe, where it is sough-after because of its wondrous qualities. The advantage of mountain tea growing is that there is no need for fertile soil. Cultivation can be done in fields destroyed by long-term use or in rocky meadows. So this is not a cultivation at the expense of other traditional crops in the area.
Mr Ioannis Kantes of Raikan Herbs Ltd, a company active in the area of aromatic plants and therapeutical herbs, says that “The demand for Greek herbs is increasing from year to year. Occasionally there is growing demand for a certain product, especially when viewed on television, for some of its beneficial or therapeutic effects. Oregano, Chios mastic, Kozani red saffron, and of course mountain tea are the main exported products. Unfortunately the quantities of herbs produced in Greece are somewhat limited, while their demand in the international market and the quantities consumed are very high. The main destinations are the US, Australia, Canada, Germany, and France.”
And it is true: Aromatic herbs, such as mountain tea, and their much higher-value byproducts –essential oils/extracts– are particularly important due to their many different uses and applications in the field, such as the Food & Beverage and the pharmaceutical industry.

This plant with limited cultivation requirements and ideal for poor soils, has been in high demand in recent years. A demand which led to the systematic cultivation of the plant, as the plants found in nature could not meet the needs of the market.
Mountain tea thrives in high altitudes, withstands low temperatures, prefers stony limestone soils but also grows in a variety of soils. It has minimal nutrient requirements and resistance to water scarcity. The plant is resistant to enemies and diseases when grown at altitudes above 800 meters.
Its cultivation in the same field has a life span of 5 to 8 years. The yields and the life span of the crop largely depend on its care. In a year of full production, dry product yields reach 100-150kg per acre. Most producers sell it in 20-25kg balls and, depending on negotiations, they make a net profit of around 15 euro per kilo when organic compared to 3.5-4 euro per kilo with conventional mountain tea.
On the other hand, as Mr Gavriilidis points out, “Mountain tea cultivation is rather expensive, and especially organic mountain tea. However, dabbling in organic products is first and foremost a state of mind, a matter of culture. There is among us a strong environmental awareness and a desire to produce something exceptional, of top-tier quality.”

Nicky Giavroglou: “Our health starts with our diet”